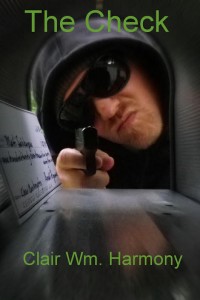 “What starts as a small-scale, intriguing mystery escalates to an all-out global situation involving the FBI, CIA, White House, Cosa Nostra, drug cartels and terrorists. Our main character goes from mild-mannered postal carrier to billionaire, living in a massive “bunker” with a secret railway, and a huge security team. The story almost feels a bit too extreme or outlandish, bordering on world domination, but the saving grace is that the author definitely has a knack for the mystery/thriller genre and the reader becomes so engaged that there’s a willingness to forge ahead, eager to be part of the rollercoaster ride till the end.

The story idea is certainly unique and progressively becomes a morality tale of sorts, where the good guys win and the bad guys are stripped of money and power…”

Overall, this is a well-written book by an author clearly well-versed in the major elements of the subject matter. The book shows great potential…”