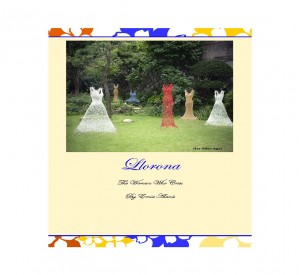 Alanis does a great job in creating this epic story about Llorona, a mystical priestess whose sole mission is to fight child abuse. The story is told by multiple characters, but Alanis does an amazing job creating the stage. Alanis takes us through time periods starting 500 years ago in Spain, to the crusades of the New America to the 21st Century. Mestizo, the offspring of Llorona and Fernando Medina, tells the story at the beginning of the book. This is the introduction of the priestess and the illustrations are impeccable. As a reader you are drawn into this world of paranormal mixed with real life historical events. Alanis has definitely created this book for anyone who is interested in sci-fi/paranormal/historical books. It is eerie at times but is consistent with twists and turns that will keep you on your feet. It was brilliantly crafted, and can easily have a sequel with the existing ending.

There were a lot of positive parts to this book. The momentum of the book was fast and consistent. There was never a dry moment. And just when the reader felt like the plot would be predictable, they were immediately thrown for a loop. The descriptive passages were eerily vivid. The constant reference to the “child” priestess and her supernatural abilities are still haunting. The subject matter of combating child abuse was brilliant. Anyone who has children would love to read this book. It provides the element of reality, fiction and evokes strong emotions for the subject matter. This book is very unique and one would struggle to find any like novels to compare it to.

There were a couple of areas that needed improvement. There were many typos throughout the novel. Some grammatical errors were present as well. Some of the sentence structures were awkward. There were inconsistencies with point of views. There were times the child Mestizo, would be telling the story and then it would switch to third person. All of these areas could be easily eliminated with good editing.

Overall the book was extremely interesting and captivating. I will be following it to see if a sequel is released. I will recommend this book to my friends who follow paranormal authors. Great book.